With regard to your recent article and headline (Our elders are supposed to be older and wiser. But not these Brexit clowns, theguardian.com, 21 December), I am a prize-winning international musical clown, part of an honourable profession, and am deeply offended by the misuse and misrepresentation of “clown” in connection with parliamentary or other forms of chaotic behaviour.

The constant use of the word “circus” in the press to denote a mess or bad behaviour is also distasteful. Unlike the comparison the press constantly draws, a clown or indeed a circus must be orderly and efficient to work properly. And in the case of a circus, it takes teamwork – which is the opposite of the impression the press gives.

With the greatest of respect to Mr Konyot, I am being very specific in my reference to the current cabinet as clowns. While I would be loth to presume to tell you all about your profession, my impression is that the work of a clown is to present the semblance of chaos and pandemonium with highly trained and practised routine by experienced and disciplined performers. In other words, it’s all an act. That’s what I’m saying. It is not (always) incompetence: it is deliberate and concerted actions designed to provoke a reaction and set certain responses in motion. The question is, are these charlatans truly as incompetent as they appear, or is it a masterful act of deception that would make Keyser Soze proud?

So who else is there? Doo-doo-doodle-oodle-ood-doo-doo-doo…

Such wit. Such appreciation. Such respect for the 13 stooges who saved her party’s bacon in 2017.

Another Cabinet Moronster with Scottish ties, Liz Truss went to Primary School in Paisley, where she proudly played Margaret Thatcher in a school play. But let’s not hold that against her – this is the same Liz Truss who…

Because, in the end, the only thing that matters is what Scotland can do for England, isn’t it?

Another also-ran in the most ludicrous contest for the post of Prime Minister in the UK’s history, Matt Hancock….

Pictured: caricature of a UK Politician as seen in a 1949 Blue Book yarn – with the politics to match.

To have one minister sacked from their previous role in your cabinet would be bad enough – but to have two? Especially one who was sacked over leaking sensitive state secrets barely two months ago? Well, Gavin Williamson…

That’s right, another former Cabinet minister sacked by the previous leader who’s found their way back in. While Morgan thinks Scotland has it right in terms of 16 & 17-year-old enfranchisement, on the other hand, she…

Scenes in the Commons as Andrea Leadsom tries out a Scottish accent on @PeteWishart pic.twitter.com/4INq2JNcKt

Yes, her again. Andrea Leadsom, you may recall… 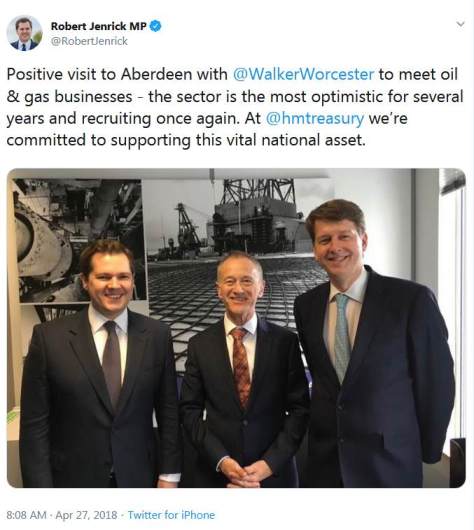 Wait, I thought Scottish Oil & Gas was in terminal decline?

Who? I’ll tell you who: someone who…

We have to stop thinking of these people like politicians – like elected representatives who champion their constituents. They are lobbyists, representing only the rich and the powerful, often to the direct exclusion and detriment of the vast majority of people they’re supposed to be looking out for. This isn’t a coup so much as a robbery.

And there are more to come…

One thought on “Killer Klowns from Outwood, Surrey”