Please do not interpret the music choice as a slur on the wonderful Glen Michael or the magnificent Paladin, who would both make better Prime Ministers than any in my lifetime.

Last time on the Clown Cavalcade, we learned about…

There’s still more to come. Dare you enter this circus of ciplinarians?

He might share my view that if Scotland wants to attract the brightest and the best, as the rest of the country does…
– Amber Rudd, 8th January 2016

Now this is getting ridiculous – another former member of the previous Cabinet being brought back in? After the cataclysmic Windrush scandal? Really? Amber Rudd…

A modern justice system for a modern democracy.

Robert Buckland has a lot of background working in Scotland and with Scottish institutions like the Lord Advocate and various Scottish-linked committees. He’s spoken passionately in Parliament, even demanding that his colleagues “show some backbone” and back a deal that works for Scotland, Northern Ireland, and the rest of the United Kingdom. However, words are one thing: what about actions? Mr Buckland…

The new International Development High Heid Yin is another MP who campaigned to remain, & is now perfectly happy working in a Cabinet filled with characters determined to leave without a deal. So it goes: Mr Sharma…

No Thanks to Brown, Darling, Kennedy, Lamont, Rennie, or any of the Scots of their parties, even though they did all the work while Shapps’ party was languishing in the wilderness. We all know who the senior partner in Better Together is. 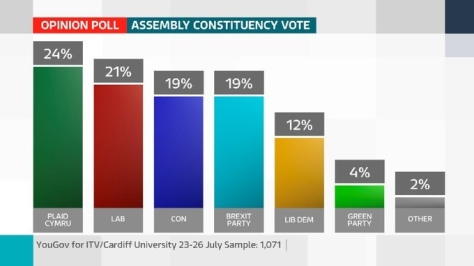 I’m sure Mr Cairns will turn his party’s fortunes right around.

Now we come to the Secretricksters of the Nations. First off is the Welsh Secretrickster, who has the dubious honour of being not only one of two Cabinet Ministers to survive the Great Purge of 2019, but also the first to oversee the first poll showing Plaid Cymru leading in Senedd voting intentions. Obviously Welsh readers will be more interested in what Mr Cairns’ appointment means for Wales, but as this is a Scottish site, I hope you’ll forgive me if I focus on his comments and actions on Scotland – he’s certainly poked his nose in our affairs enough. Alun Cairns…

I wish I could say I was sorry for David Mundell’s unceremonious defenestration, but… well, no, actually, I don’t.

Honestly, I could do a whole article on this joker, whose appointment at the expense of beloved David “you can’t sack me, I’ll resign!” Mundell is arguably the only thing the people of Scotland will credit the Prime Moronster for. But suffice to say, Alister Jack…

Just saying, the clowns are in good company across the Irish Sea.

The Scottish referendum was always going to be about Scotland until the result was called.
– Julian Smith being refreshingly candid, 18th September 2014

You’d think Stirling-born former Chief Whip Julian Smith would at least be considerate of Scotland’s views. And yet…

📣 Congratulations to Baroness Evans of Bowes Park, who has been appointed Leader of the House of Lords, Lord Privy Seal. 🔵🌳🇬🇧 pic.twitter.com/eNeXoWZkU9

Popping outside the House of , let’s look at the leader of the House of Loons, the other survivor from the previous Cabinet. The Ballooness Evans…

“The SNP claim that sunshine will increase the chances of independence in Scotland”#politicslive https://t.co/hg6hwNYQqe pic.twitter.com/6D3uCEcTN6

Don’t really have anything to add to that. What is it about the MPs who were born, grew up, or worked in Scotland who tend to be the least amenable to Scottish democracy? James Cleverly…

There are a few other junior roles I could mention – Esther McVey, Robin Walker breezing past 11 Scottish MPs as Under-Sectretrickster of State for Scotland, Jacob Rees-Mogg as Leader of the House of Commons – but I can’t. I just can’t.

So, barring the inevitable reshuffles, resignations, reappointments, and regurgitations, this is the Government of the glorious United Kingdom.

And if you’ll excuse me, I’m going to find a dark corner somewhere and rock back and forth in the foetal position while playing a little night music.

Don’t you love farce?
My fault, I fear
I thought that you’d want what I want
Sorry, my dear!
But where are the clowns
Send in the clowns
Don’t bother, they’re here