This weekend, I attended a training weekend. Almost a hundred other activists representing scores of local independence campaign groups were in attendance, filling the conference room of the Perth Station Hotel (and many of its rooms) over the two days. The main purpose of the weekend was training in the use of the IndyApp, a platformed designed to facilitate & encourage communication between Yes campaigns throughout Scotland. This is much more secure than social media, and allows for a much tighter, clearer process between discussion and action.

As a person who’s worked with technology much of my adult life, I found the app simple and intuitive, with the developers Jason Baird & Edward Smith very appreciate of constructive comments and bug reports. The first day was mostly spent on the technical side, how to navigate the app, working with forums and messages, explanations of features and works-in-progress.

But the app is just a means to an end: the real value was in the gathering. I spoke to campaigners from all corners of Scotland, from the Islands to the Highlands, West Coast to East Coast, the Cairngorms to the Lammemuirs. These activists represented all sorts of collectives: party and non-party, “Yes” and “Yes2” branches, Common Weal chapters, Women for Independence associations, filmmakers, broadcasters, artists, musicians, book groups, ranging in size from a couple of individuals to busloads of Yessers.

To keep track of the multitude of Yes groups, we subdivided the country into support areas – not based on Westminster, Holyrood, or even modern Council constituencies, but on the Scottish Shires established since the Middle Ages. This was a conscious choice to move away from modern political inventions, especially post-1707 ones, which were often imposed contrary to the peoples’ wishes and needs in favour of electoral strategy. The makeup of these 8 support areas was guided by geography, infrastructure, and activists’ own input, resulting in a map weirdly reminiscent of early Middle Ages Scotland.

From there, it was simple for the groups found throughout these Support Areas, & see what could be made. As an example, Inverclyde for Independence is one of no less than 42 groups within our Support Area. By locating each group, we could map out transport routes, look for central central distribution hubs, and build an inventory of each group’s resources and skills, so that we can identify areas which aren’t represented in the Registry & support or revitalise dormant Yes groups. Our Support Area is particularly important for its location and its strength: not only could we continue to build support and campaign in our locale, we could assist nearby areas at strategic points in Argyll and Ayrshire. We were all really excited getting out maps, drawing routes across the country, sticking post-it notes, filling out notebooks. We covered fundraising, campaign materials, merchandise, equipment – the logistics of a nationwide campaign. It really felt like we were planning something. 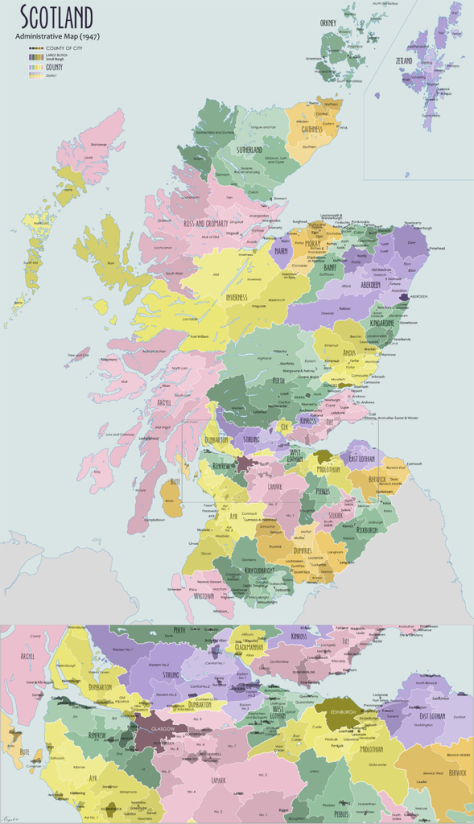 That evening after dinner, we had talks from Lesley Riddoch and Iain Lawson. Both were eloquent and very encouraging speakers as always. One suggestion from Lesley prompted much discussion in the afternoon – the notion of a “Yes Federation,” where all the campaigns gathered here today go slightly further. While not all were taken with the idea (some thought it had connotations of committees and conferences), I thought it had merit. We campaigners found ourselves in the strange position of wanting to change things, but not wanting to be the leaders of that change. A Federation, I think, democratises the process – we are all leaders – and offers us the opportunity to represent the Yes Movement in a way that relies neither on the top-down format of most political campaigns, nor the charismatic-leader-led format of people’s revolutions. I recognise that reluctance to take power – but, as Lesley pointed out, if we aren’t here to take the power necessary to enact change, then what are we here for?”

Coming home from Perth, I soon learned about a few polls. Over the weekend, I came to the realisation that whatever the Scottish Government do, they will do. We can campaign, write to our elected members, vote for motions as SNP members, and so forth. You can agree with what they’re doing, or you can choose not to agree. But at some point, whenever the referendum comes, we are going to need the infrastructure, the communications, and the plan which has been absent up until this point. When Yes Scotland dissolved, a huge amount of information was lost – and with an election almost every year, the Independence Movement simply hasn’t had the time, energy, or resources to devote to rebuilding that infrastructure. The political parties of independence, even the SNP, will have one eye on the 2021 elections because they are a political party: it is their nature.

It was necessary for the movement to get behind the SNP in 2015, 2016, 2017, and 2019 in the various elections. The movement needed to upend the British parties’ dominance in Westminster (and rectify the 2017 losses), ensure Scottish parties’ can enact indyref legislation in Holyrood, boost Scottish parties at the European Parliament, and promote Scottish Councillors on a local level. We have done that: all future elections will be about maintaining the independence movement’s gains. Alas, even a majority of independence-supporting MPs, MSPs, the largest minority of Councillors, and half of MEPs has done nothing to dent the supreme arrogance of Westminster – proving the point that we must take the fight beyond the political.

There were almost a hundred of us at that gathering in Perth, Scotland’s ancient capital. Memories of the Declaration of Arbroath, soon to see its 700th anniversary, sang in my ears. But there are more out there. We can’t just sit and wait for the movement to grow by itself. We cannot let ourselves rely on governments or parties or think tanks to take command. We need to gather ourselves for the fight of our lives, and build the movement back up to win our nation’s independence.

This is a start.

One thought on “Gather Ourselves Together”