Thanks for all the well-wishes from everyone: I never like to jinx things, but I have been getting a bit better over the season.

So I don’t go all of December without a post, I thought it would be nice to have an end-of-year review of the Wilderness.

END_OF_DOCUMENT_TOKEN_TO_BE_REPLACED 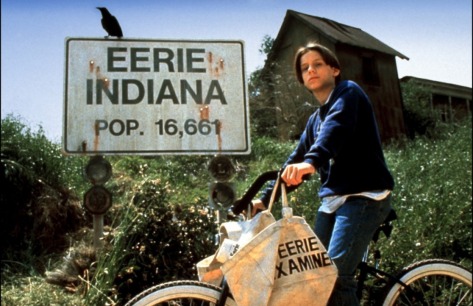 I’d like to share a post-Hallowe’en Horror story with you. It’s a scrying, a divination, of one possible future. I don’t want it to happen. It needn’t. We can stop it. But for the purposes of a thought experiment, let’s gaze into Galadriel’s mirror at what a future happens when we let it. I’ve embellished it with some science fiction, horror, and fantastical elements.

END_OF_DOCUMENT_TOKEN_TO_BE_REPLACED

I, like other independence supporters, am of the opinion that a referendum on Scottish Independence needs to be held before the UK leaves the European Union. Others don’t necessarily agree – as is their right – such as Tommy Sheppard MP, who advised waiting until after the next Scottish Parliament elections to secure an “unconditional” mandate in his widely acclaimed Thomas Muir lecture. Two things should be noted: firstly, that he was giving his personal opinion; secondly, and most importantly, that he acknowledged that “This is what it looks like now – it might be different next week” from his perspective. Given what’s happened in the past year, his stance could change significantly, as Robin McAlpine’s did post-EU Referendum.

END_OF_DOCUMENT_TOKEN_TO_BE_REPLACED

I wish I could understand pro-independence folk voting for Jeremy Corbyn’s party. Really, I do. I know more than a few people personally who staunchly support independence, but who wanted to support the last great hope of the British Left – and so, voted for his candidate. I even remember this back in the 2015 General Election campaign, where folk I know who were deeply involved in RIC, the SSP, and non-party initiatives told me they would’ve voted for a socialist candidate with a red rosette.

I’ve thought about it for months, now. I still don’t get it. Put aside the fundamental issue of independence (or even respecting the mandate of the Scottish Parliament to even hold a referendum, let alone the notion of independence itself) for me, and there are still so many dealbreakers. The party is committed to renewal of nuclear weapons – dealbreaker. The party is committed to a complete UK-wide withdrawal from the European Union despite Scotland, Northern Ireland, & Gibraltar voting to stay – dealbreaker. The party refuses to adopt even the extreme compromise of Single Market Membership & retention of Free Movement – dealbreaker. And that’s not even considering the fact Corbyn’s party will stop at nothing to destroy the SNP, even if it costs them a shot at government.

I mean, look at this. For God’s sake.

Wings provided a very short and concise piece of advice for Mr Corbyn, but there’s one problem: Mr Corbyn’s party are 3rd in all 13 Scottish seats currently under occupation by Theresa May’s party. Of those 13 seats, a paltry 3 of them appear in the 150 best shots for a Corbyn gain:

All but two of the UK Government Party-held seats in Scotland require a greater than 10% swing to win. Mr Corbyn’s party needs 325 MPs to vote for him to become Prime Minister. As Wings says, even if you replace every single SNP MP with one from Mr Corbyn’s party, his net gain is 0. Unlike David Cameron’s party devouring their erstwhile coalition partners, Corbyn taking SNP seats cannot provide him with a majority, be it the 18 marginals, or even all 35. Even taking every single seat in Scotland would not be enough for an overall majority, and would rely upon a pact with the decidedly unreliable Coalition Party – which neither side is remotely interested in.

Is there anywhere – anywhere at all – that Mr Corbyn could find more seats?

END_OF_DOCUMENT_TOKEN_TO_BE_REPLACED 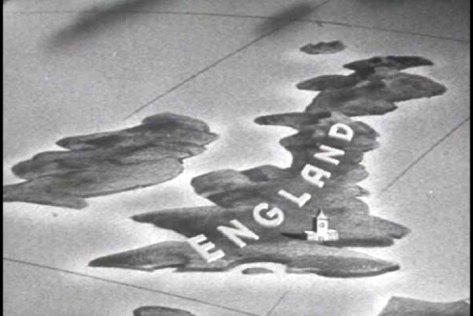 A still from an American WW2 propaganda film. Guess the name.

I have a new article on Indyref2.scot on the subject of sectarianism in today’s Scottish political climate. It’s a subject I care very much about, and recent statements and political decisions have moved me to comment on them.

For folk like Murdo Fraser, Adam Tomkins, and Ruth Davidson, these comments are little more than trolls to wind up the Nats. Toying with these forces for political gain, safe in the knowledge that they won’t experience the consequences of such tensions’ inevitable conclusion, is just a game to them. It’s no game to me.

This may shock and scandalise you to learn, but I am not a supporter of the Labour Party; neither am I a resident of England or Wales. However, if either those descriptions were true, I have my ideas about how best to achieve Jeremy Corbyn for Prime Minister – mostly, by replacing existing Conservative MPs with Labour MPs.

This should not be a difficult concept to grasp, should it?

END_OF_DOCUMENT_TOKEN_TO_BE_REPLACED

I had this election all wrong. It seems so obvious in retrospect.

This was never about the EU negotiations, of course – though this result undoubtedly wrecks what little clout the UK Government had. It may have been about the Prime Minister destroying Jeremy Corbyn and his party for a generation or more, with the might of the British Establishment brought to bear, even though a majority is a majority, which they already had. A more cynical explanation could be that it was to dodge the then-incoming election fraud allegations. What I didn’t realise is that this election was most assuredly about crippling the SNP – and stopping a second independence referendum.

Consider: how many Labour heavyweights were ousted last night? I can’t think of a single one. Then consider the SNP figures we lost. How many seats did the Tories lose compared to the SNP? They lost 12 to the SNP’s 21. How was it that, in a UK General Election, a party contesting only 59 seats lost more than a party contesting over 600?

Well, it makes sense once you realise that Labour weren’t the target in this election – it was the SNP all along.

END_OF_DOCUMENT_TOKEN_TO_BE_REPLACED

I did one of those wee Twitter “moment” things, just to say thanks to all the SNP MPs who made history in 2015, and the candidates who aim to continue on this strange, interesting road to Scotland’s future.

END_OF_DOCUMENT_TOKEN_TO_BE_REPLACED

Center your country in the Tao and evil will have no power. Not that it isn’t there, but you’ll be able to step out of its way. Give evil nothing to oppose and it will disappear by itself.” ~Tao Te Ching, Chapter 60

I cannot bear to think about a social democratic candidate failing to win their seat, because of some misguided and futile attempt to frustrate the democratic mandate of the people of Scotland. I cannot stand the idea of Scotland contributing to the extremist takeover of the UK Government. At the Inverclyde hustings just a few days ago, the candidate with the red rosette insisted to us that “Brexit is happening.” There was nothing we could do about it, it seems: the decision was made, we have to suck it up and get on with it. Capitulation to a gerrymandered, likely compromised poll which is being used as an excuse to destroy decades of advancement.

So, Brexit is happening – but an independence referendum is not happening. Even after the disenfranchisement of the people who will be most affected, the choice to leave the European Union is represented by 0 of 32 Local Authority areas in Scotland – but it’s happening anyway, because The British People Have Spoken, which means the People of Scotland, Northern Ireland, and Gibraltar have to do what the People of England want. A Scottish Independence Referendum proposed for this exact situation – from a manifesto the current Scottish Government was elected on by a historic turnout – is not happening, because the parties elected by most people in England don’t want it.

The truth is, when you look at it in every way except seat numbers & the regional list, the SNP have a greater mandate for an independence referendum than even the 2011 landslide. More people voted SNP – indeed, more people voted SNP than voted for any party in a Scottish election ever. A greater percentage of voters voted SNP in their constituencies, leading to the SNP winning 59 of 73 constituency seats – a Parliamentary landslide unmatched by any UK election. To say the SNP have no mandate is as grotesquely anti-democratic as to say the SNP didn’t win the 2016 election. Which is something party leaders have actually stated.

But even the issue of Scottish Independence, something which I have no reluctance in saying is utterly paramount to politics in Scotland, pales in comparison to the nightmare brooding on the horizon.