Current events often inspire an itch in me to go back to history. Given the global situation, this means going through my own library, or diving into the internet for digitised offerings.

One such gem is The Singing Campaign for Ten Thousand Pounds by Gustavus D. Pike. This 1875 book covered the journey of the Fisk Jubilee Singers, a choir of former slaves who toured the world to fundraise for education for freedmen and other black Americans:

And yet again, I found myself surprised that Scotland – Gourock itself – plays a tiny role in this amazing story.

END_OF_DOCUMENT_TOKEN_TO_BE_REPLACED

One of Cummings’s Vote Leave fraternity said: “We need him. We took three years to get the gang in there. We can’t throw that away now.” When one of his acolytes was asked what would happen if Cummings shot someone dead in the street, the reply came: “It would depend whether anyone saw him do it.”

You may have noticed a dearth of posts lately. This is because every time I tried to write this one, I had to stop before I defenestrated my computer.

END_OF_DOCUMENT_TOKEN_TO_BE_REPLACED 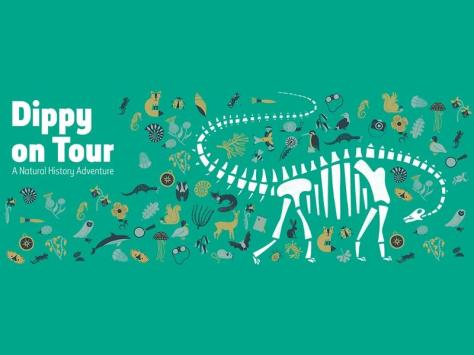 One of my most cherished memories of London was visiting the Natural History Museum to see my favourite dinosaur – or, rather, the famous cast of it – Diplodocus carnegii. I’ve been twice: once as a wee guy, and once as a not-so-wee guy. Both occasions filled me with the same sense of wonder, history, and awe regardless of the gulf in space and time. And soon, many wee Scots who haven’t had the opportunity to meet Dippy will have their chance!

END_OF_DOCUMENT_TOKEN_TO_BE_REPLACED

These memes just keep getting more and more apocalyptic.

It’s been a quiet year in the Wilderness, but there were still some fond memories and popular enough posts. I aim to do better next year, as always. For now, I’ll take a look back on the most popular blog posts of each month from the year that was.

END_OF_DOCUMENT_TOKEN_TO_BE_REPLACED

I believe passionately in free speech but as @ScotGovFM I have to make balanced judgments – and I will not be part of any process that risks legitimising or normalising far right, racist views. I regret that the BBC has put me and others in this position. https://t.co/5x1rHZkaR9

There are some subjects I can discuss without fear or reservation. Scottish Independence is an obvious example. Nuclear disarmament another. Pacifism – as in real pacifism, not the pathetic “passivism” strawman beloved of warmongers with vested interests in presenting their insane idealogy as the natural state of affairs. Expressing these views has lead to disagreement, ostracism, even abuse over the years. Yet it wouldn’t even occur to me to keep those views to myself. Bravery doesn’t enter into it: to be brave, you have to overcome fear. I don’t have any fear discussing these subjects, so I can’t call myself brave in doing so.

I don’t know the mind of the First Minister of Scots, but were I in her place, I would view her repudiation of Steve Bannon and everything he stands for not as bravery, but as simple common sense.

The responses to the First Minister’s decision prove it.

END_OF_DOCUMENT_TOKEN_TO_BE_REPLACED

It figures that the best Lovecraftian fiction set in Scotland tends to be written by Scots like Cameron Johnston and William Meikle.

The Rose of England

At morn the rosebud greets the sun
And sheds the evening dew,
Expanding ere the day is done,
In bloom of radiant hue;
And when the sun his rest hath found,
Rose-petals strow the garden round!

Thus that blest Isle that owns the Rose
From mist and darkness came,
A million glories to disclose,
And spread BRITANNIA’S name;
And ere Life’s Sun shall leave the blue,
ENGLAND shall reign the whole world thro’!

Among my many offline projects, one subject I’ve been researching is Scottish Pulp. Scotland has its own rich history with pulp fiction, and the Americas’ ancestral links to the hame country mean there are plenty of stories of Scotland and Scots to be found in the pages of Weird Tales, Astounding Stories, Argosy, Adventure, and beyond.

One recurrent theme: American authors tend to like the Scots and Scotland a lot more than most Scottish authors. Even some of our greatest pulp authors seemed incapable of completely shaking the Cringe, or the more insidious and pathological “Caledonian Antisyzygy.” There are obviously cultural and historic considerations surrounding the age of pulps (two World Wars in particular), but the inferioritists who belittle Scotland and the Scots in fiction do not restrict their disdain to the Scots themselves. Just look at how a film about Scottish history that won 5 Academy Awards, 5 ACCAs, 3 BAFTAs, a Golden Globe, & a Writer’s Guide of America Award (among many others) is viewed by so many (though not, clearly, everyone): the Braveheart effect long predated that film.

Scotland does not have its own distinctive film industry or its own broadcasters, and our theatrical, musical, & literary institutions are heavily dominated by supposed “British” sensibilities to this day. The advent of radio and television broadcasting meant that this “British” culture – one as alien to the vast majority of English people as it was to the Scots, Welsh, and Northern Irish – could be projected into every household with a transceiver with an immediacy and power impossible with print. Thus, in the 20th Century, we often looked to those creators who are outwith that particular sphere of influence to present an outsider’s interpretation of Scotland and the Scots, be they members of the grand diaspora or not – from Talbot Mundy’s Scottish adventurers and Harold Lamb’s Nial O’Gordon to Diana Gabaldon’s 1990s’ novel (now turned television sensation in the 21st Century) Outlander.

On the other hand, sometimes you get folk like Howard Phillips Lovecraft.

END_OF_DOCUMENT_TOKEN_TO_BE_REPLACED 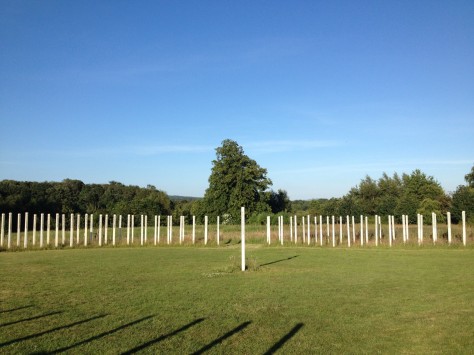 Why is it that humanity is divided into different nations and ethnic groups? It’s because each group has its own mission. We can compare these missions to different colors—there is blue, there is yellow, and there is red. The different colors blend together harmoniously and enhance each other, creating beautiful new colors. In the same way, different ethnic groups have their own missions, and as they accomplish these missions, they help each other and bring about great harmony in the earthly world. However, when human beings enter this physical world, we forget about these heavenly missions, and instead begin to turn against each other. We become selfish, interested only in protecting our own country or group. If our color (mission) is blue, or red, or white, we only want to protect our own blue, or red, or white nation. When we have experienced this to the very limit, we finally realize that it can go on no longer.
– Masahisa Goi, “Be Honest With Yourself,” from Living Like The Blue Sky

Masahisa Goi was born on the 22nd of November in Tokyo. He grew up in a family with nine children, where he pursued his love of arts, literature, and music in his education. He worked his way through school with the aim of becoming a teacher, overcoming ill health and stress through esoteric practises like meditation, yoga, and martial arts. He was working as a cultural activities coordinator at a manufacturing plant when Japan entered the Second World War.

He was 28 years old when Hiroshima was destroyed.

END_OF_DOCUMENT_TOKEN_TO_BE_REPLACED 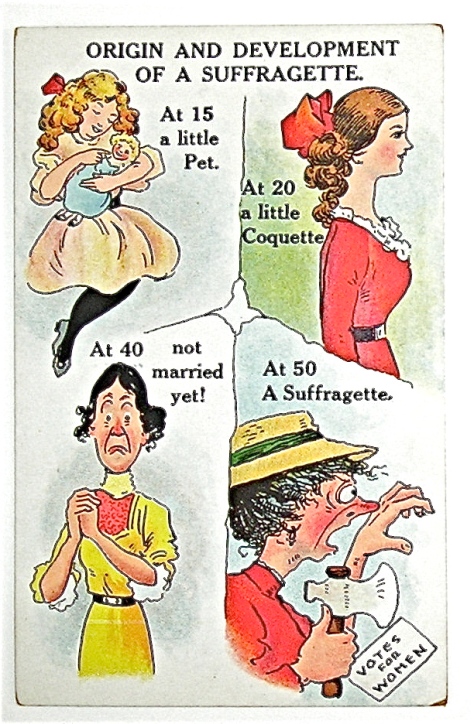 Clearly incels never quite got over the Womens’ Suffrage movement.

Last week, another “movement” born of nihilism, misanthropy, and misery has taken lives. That this is happening 100 years after a major milestone in the ongoing global struggle for universal suffrage & equal opportunities only proves that we must constantly work hard to maintain that which we’ve fought for, or risk losing it all.

I don’t particularly want to dignify the incel (Newspeak for involuntary celibacy – note the use of celibacy, a word with a very specific religious meaning, as opposed to something like abstinence or continence) “movement” by using their term for their misogynistic ideology, because it would be disrespectful to the original creator of the term to use it in its twisted definition. Nonetheless, its obvious association with Orwell & its homonymic relationship to intel imbues it with a certain ironic power.

It’s an extremely frightening phenomenon to me, because I could imagine how so many could end up falling into its trap.

END_OF_DOCUMENT_TOKEN_TO_BE_REPLACED 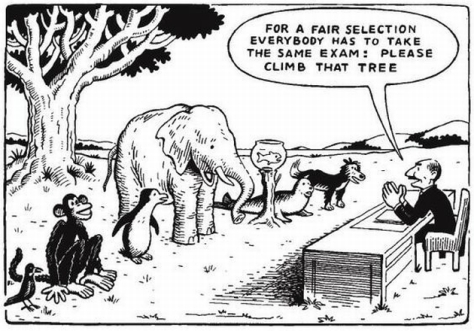 Sure, the idea of meritocracy is sound: that the people most qualified to do the thing should be the ones who get to do the thing. In fact, it sounds like basic common sense. But when we’re dealing with people who are selfish, paranoid, and desperate to hold on to what they have over other people, it frequently becomes something else entirely. People like this are perfectly happy to cheat to get what they want: to buy high IQ scores, to plead their way into university, to rely on their famous relatives’ influence, all under the guise of “merit.”

Hence how Toby Young, a person who would be struck off the register if he was a classroom assistant, who won a place at Oxford as a result of a clerical error and his distinguished father’s intervention, who just happens to be a close friend to people in high places, was (briefly, thank heavens) appointed to a position of enormous influence over the education of millions of people.

Folk all across the political spectrum have thoroughly denounced the UK Cabinet’s appointment & subsequent defense of said appointment, proving this is not just another lefties vs righties bunfight, but a seriously bad judgement by a government practically making an Olympic event out of bad judgements. Many have, quite correctly, excoriated the inexcusable comments Young has made in regards to women, children, and minorities – but in the process, I can’t help but feel that something much darker and more terrible has been allowed to slip by unnoticed.

END_OF_DOCUMENT_TOKEN_TO_BE_REPLACED

If you’re still here after I – rather baldly – stated my opinion that stopping indyref2 was the primary goal of the 2017 UK General Election, thank you for your patience. It’s about to be tested further.

END_OF_DOCUMENT_TOKEN_TO_BE_REPLACED

A Wilderness of Peace
Blog at WordPress.com.