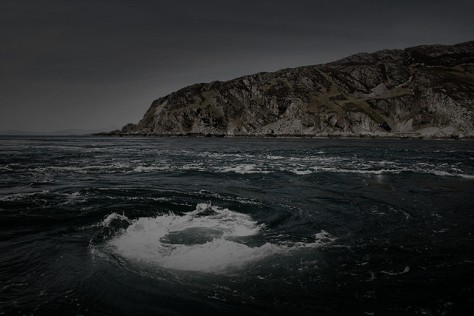 One of the quirks of my brain chemistry is that I experience some very dark intrusive thoughts. Most people daydream: I have daymares. Some of them seem outlandish, or at least an extremely rare occurrence: what would I do if a meteor landed on my town? How would I deal with someone I love being struck by lightning? Where would I go if my home blew up in a gas explosion? How would I cope if something like Benchmark 6 happened? Do I have enough supplies to make it through a natural disaster? How can I get in touch with everyone if the internet goes down?

I try not to view these thoughts as dangerous or the enemy: rather, I interpret them as my subconscious brainstorming loudly enough for my conscious mind to hear. It isn’t meant to upset or depress me, it’s simply going through models of possible futures with all the analytical thoroughness of a computer. As a result, sometimes it puts me in good stead when a crisis does occur.

And by golly, do we have some crises at the moment.

A long time ago, I had a conversation with a fellow SNP member. This is someone whose business is to know everything about everything. I talked to them about the then-breaking Alex Salmond situation. We figured if anyone would know about this situation, it would be this person. Their reaction stunned us. According to what they heard, the case against Alex Salmond was completely watertight – that there was “no way” he was “getting out of this.” They were despondent and distraught: that one of the icons of the Scottish Independence Movement would be the subject of such allegations. I discussed this with others – MPs, MSPs, Councillors – and their thoughts were the same, regardless of their opinion on his innocence. Whether they thought he was guilty, or they thought it was a grand fit-up, they were utterly convinced that the case against him was unassailable. Without knowing or divulging the exact details beyond rumours of “a struggle,” if nothing else, they were convinced that the case was solid. The only thing we could do was nothing: best not to say anything at all.

But the story I heard from others – former elected representatives, longtime party stalwarts, people who are the bones of the party but not necessarily part of the functioning governmental structure – was very different. They were not only convinced of his innocence, they believed that the case would fall to bits – that it would collapse like a house of cards at the merest scrutiny. To say that all these were people were either diehard Salmond fans, or easily cowed shrinking violets too frightened to speak against him, would be so inaccurate as to be laughable. Several of the things I was told later became public knowledge over the course of the trial. I told my colleague as such, and their response was skeptical. They said we were to try not to think about it, that it’s above us all, and that there’s nothing we could do anyway.

For many months, that was the end of that discussion. When we talked, it was about elections, campaigning, the day-to-day. We just didn’t talk about Alex Salmond at all: it was too painful a subject. Then, at the last SNP conference, I met that SNP colleague. They said “you were right – right about everything.”

Fast forward to today, a week after Alex Salmond has been acquitted of every single charge made against him. The number of SNP politicians, ex-politicians, office bearers, and veterans who’ve commented on the verdict – directly or indirectly, positively or negatively – is notable, in that there are hardly any. There’s another crisis at hand which quite understandably takes precedence, but taking a few seconds out of their day to retweet a report of tremendous relevance to the Scottish Independence Movement should not interfere with tackling a global pandemic. Besides, several of them have already broken ranks. A small number have wished Mr. Salmond well, applauded the jury and trial and defence team, shared the sentiment that justice had been done, several advocating his readmission into the party. Conversely, a comparable number have reiterated their support for the complainants, retweeted statements & links regarding power dynamics or conviction rates, or criticised those who did speak out in the middle of the current calamity. But the vast majority… silence.

I’m not interested in “sides” with this. All that matters is the truth. And for whatever reason, the “truth” which was being told to me and many within the SNP for the last two years is that Alex Salmond would be found guilty, that the case against him was insurmountable, and that he would be put into jail for what would almost certainly be the rest of his life. We had to go through the stages of grief for someone so many of us held in such high esteem – and it wasn’t his death, but his disgrace, and the damage it would do to our party and our cause. We had to steel ourselves for one of the most important people in the modern history of Scotland to be condemned, incarcerated, destroyed: we had to come to terms with the fact that a man many of us held in the highest regard was not worthy of the adulation, and deserved little better than our contempt.

For the jury to find him not guilty or not proven for every single one of the charges completely upends what we were told – what we were assured – from 2018 onward. Now, you tell me: if you were told that something was definitely going to happen, that you were briefed on a court case of paramount relevance to your party and your cause, and you had two years to let the ramifications sink in, how do you think people would react when the precise opposite happens? From this perspective, the silence from the majority of SNP Parliamentarians in particular is very understandable. Many will be shocked, shaken, unsure how to react. Others, having expected the verdict to go the other way, may feel all sorts of emotions – anger, shame, who knows. There are doubtless some who are feeling exactly the same as those who have since spoken out in support of either accused or accusers, but are keeping their own counsel during these extraordinary global circumstances. Regardless of what you feel about the trial, the verdict, the accused or the accusers, you must acknowledge that it would be at least jarring to be told something would happen, had two years to prepare for it, and then the exact opposite comes to pass.

This crisis has polarised me, just as the verdict was ultimately polarised – guilty, or not guilty (with not proven being functionally identical to the latter). Truth, or lie. Yes, or no. And being told one thing for two years – preparing for that to happen – only for the opposite to happen has disquieted me immensely. I’d love to be like Mandy Rhodes, or Kevin Pringle, or Paul Kavanaugh, and look at this with nuance and shades of grey. Many point to the things Alex Salmond acknowledges, & switch the argument to be about appropriate behaviour in public office – which is an argument that should rightly take place. But Alex Salmond was not tried for inappropriate behaviour in public office, and he would not have been jailed for inappropriate behaviour in public office. The crimes of which he was accused were far more serious: those who think that a great injustice has occurred in this trial can only base it on those crimes, nothing else.

Whatever the truth, it will emerge in due course. I prepared for both eventualities in Alex Salmond’s trial: frankly, I was dreading this verdict as much as I was dreading its counterpart. There was no “good” verdict in this for me: only relief tempered by horror. And I mulled over both those possibilities and fractals of future possibilities over the course of two years.

The water moves. The waves are far from shore. But they are coming, and we must prepare – no matter how uncomfortable the wait.

One thought on “Tenebris Torquent”