Homer discovers that the Republican and Democrat candidates for the 1996 Presidential Election have been replaced by Kang and Kodos, bloodthirsty aliens bent on conquering the Earth, in the final days of the campaign.

Kent: Kent Brockman here, with Campaign ’96: America Flips A Coin. At an appearance this morning, Bill Clinton made some rather cryptic remarks, which aides attributed to an overly tight necktie.

Kodos: I am Clin-Ton. As overlord, all will kneel trembling before me and obey my brutal commands. [crosses arms] End communication.

Marge: Hmm, that’s Slick Willie for you, always with the smooth talk.

Both candidates make preposterous statements, act extremely erratically in public, and are openly contemptuous of the electorate.

Kent: Senator Dole, why should people vote for you instead of President Clinton?

Kang: It makes no difference which one of us you vote for. Either way, your planet is doomed. DOOMED!

All this is analysed by the press, politicians, and people as if all this is just another election campaign.

(A Democratic National Committee van pulls up, and George Stephanopoulos pokes his head out.)

George: Uh, Mr. President, Sir. People are becoming a bit… confused by the way your and your opponent are, well, constantly holding hands.

Kang: We are merely exchanging long protein strings. If you can think of a simpler way, I’d like to hear it.

It all comes to its naturally ridiculous conclusion when Homer finally (literally) unveils the true nature of “Clinton” and “Dole” by tearing off their human masks, absolutely nobody seems willing to look past established political conventions:

Kodos: It’s true, we are aliens. But what are you going to do about it? It’s a two-party system; you have to vote for one of us!

Man1: He’s right, this is a two-party system!

Man2: Well, I believe I’ll vote for a third-party candidate!

Kang: Go ahead, throw your vote away! (maniacal laugh)

End result: the Earth is conquered & put to work building a gargantuan death machine to aim at some unknown distant planet, because Americans treated the election like any other – even when it was shown that the two candidates are actual alien invaders hell-bent on enslaving humanity – and all anyone who didn’t vote for Kang can say is “don’t blame me – I voted for Kodos.”

You see where I’m going with this?

So many politicians are treating current politics as normal politics – and, in the process, applying normal political solutions to abnormal political problems. Everyone is trying to stop the UK Leaving the EU using normal political solutions. Every damned argument – “the people didn’t know what they voted for,” “they didn’t live up to their promises,” “the public have changed their mind” – may easily be accurate and true, but not one of them addresses the underlying problem. Said it before, I’ll say it again – the only justification for stopping the UK Leaving the EU that won’t result in political disaster is to completely void the corrupt & illegally-won 2016 referendum, serious consequences for all those who were involved, and a complete uprooting of the centuries-old political morass which has engulfed all the major parties. It is, predictably, the only route that even the most die-hard Remainers among the UK Government, Coalition, & even a fair chunk of the Opposition party will not even countenance.

Same with the Prime Moronster. Boris Johnson is not a Prime Minister as we understand them, not even like the catastrophically inept May, the critical failure Cameron, the arrogant blusterer Brown, or the hypocritical warmonger Blair. Boris Johnson doesn’t want to lead the UK. Boris Johnson doesn’t care about the UK. Boris Johnson is out to asset-strip the UK for all its worth. He is out to make his friends obscenely rich. He is out to commit the most massive heist in the UK’s history, with a thoroughness and relentlessness that would appall even Thatcher. If that means destruction and devastation to UK “democracy” – such as it is – then it’s no skin off his nose. This is all well-known. This is all public record. If someone pulled at his stupid hair tightly enough to tear off the mask & reveal he was an alien all this time, would people still be faffing about with bills and People’s Votes rather than say “hey, this is a completely Outside Context Problem that we cannot fix by doing things the normal way?”

"Boris Johnson isn't going to determine the time of this," says the SNP's Westminster Leader, Ian Blackford on an early general election, "he's trying to frustrate the will of Parliament"

"We will choose the timing of that election"https://t.co/tHXLDaL6px #Brexit pic.twitter.com/ZY19A2byHL

This is the ultimate trap which working with the pro-EU UK parties have set us. In the SNP’s understandable and justified desire to ensure Scotland is not taken out of the EU against our will, the SNP have set themselves up to be bigger and better democrats than any of the UK parties (not that it would be difficult) – the politics of respectability. It’s almost certainly a factor in the 2011 majority, as the people of Scotland looked at Ian Gray & said, resoundingly, “nae thanks.” Then it didn’t matter what Gray and his party did – the optics of what it looked like for a prospective First Minister to run into a Subway to escape from some random voters was too much to overcome. It is not 2011. It is not 2014. It is not even 2016. The politics of respectability can only take the SNP so far, and in this new age where what might as well be Hideous Space Reptiles are running rings about “respectable” Parliamentarians, it might actually be a hindrance.

Case in point: neither the Opposition Party nor the SNP voted to end Boris Johnson’s premiership. After years of agitating for a General Election to oust the UK Government Party, when the opportunity presented itself… neither party actually did anything about it.

Are you KIDDING me!?! 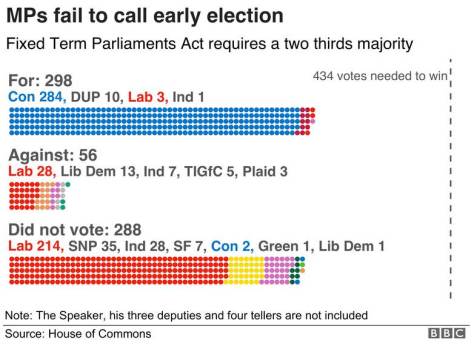 Yes, I know fine well why they didn’t, and the reasons provided would make sense if Boris Johnson was an ordinary Prime Minister who actually cared about the UK and wanted to run it like an ordinary Prime Minister. But Boris Johnson doesn’t care about any of that – he cares about the optics. And, because of the UK media’s supine approach to the Establishment & the Conmen’s willingness to break any sort of laws, all voters are going to see is “the parties who wouldn’t shut up about getting a General Election didn’t vote for it when they had the chance, because polling suggests they would lose.” In the SNP’s case, they’d undoubtedly win Scotland – but with the Opposition Party not looking to capitalise, they would still end up losing with the UK Government Party still in command. So, the wily Opposition Party thought they saw Johnson’s trap, & didn’t take the bait – still not realising that this wasn’t the trap at all. They saw the yawning chasm in front of them, scoffed at the transparency of the “trap,” turned left, and walked straight into the net. Never occurring to them is the idea of not actually walking into a trap at all.

So there’s a lot of self-congratulations going on, as Boris Johnson has lost more votes in his first session than any Prime Minister in history, and the Opposition claim – entirely falsely – that they have “stopped” No Deal from happening. At best, they’ve just delayed it, and crucially, they’ve shown zero sign of being able to offer an alternative, which the EU certainly won’t appreciate. Meanwhile, the Conmen can point to all this, and ask the people “are you happy with this nonsense?” all but guaranteeing English victory in an election whenever it happens. Meanwhile, the SNP keep playing the Westminster game fairly, even as everyone around them is cheating shamelessly & openly, hoping that the voters will take note when indyref2 comes along.

It’s tough to watch, & I’m tearing my hair out at some of the things SNP politicians are saying – because this is all evidence to show the International Community that they did everything by the book, that they did everything right. But we’re beyond the point where the Establishment is simply not playing by the book: someone else has stolen the book, & is ripping it to pieces in front of our eyes. There will come a point where this won’t work any more, where voting for Kodos just offers disaster under a different name.

And then, the SNP, and the people of Scotland, have to be ready for the nightmare which has already begun.

19 thoughts on “Voting for Kodos”