So I’m the one who has to say something, eh?

So the possibility of a great confluence of English folk coming up to Scotland in the event of Scottish independence is supposed to be a good thing, is it?

Well. I have a few things to say about that.

See, Scottish people are supposed to be dour, thrawn, mean, tight-fisted, conservative with a small “c.” That’s why the 2015 General Election campaign was fought on an anti-Scottish ticket by the winning party. Scots aren’t supposed to want a better society, they’re supposed to  just complain about how terrible everything is without actually doing anything about it. Most of all, Scots are supposed to hate Scotland. Those Scots On The Make who actually want to achieve something have to move out – to London, to Europe, to America, anywhere but Scotland. There’s an old saying: “a Scot is never at home until he is abroad.” Why would such a phrase gain traction unless there was a good reason for it?

What’s it going to do to our precious Caledonian Antiszyzygy when we suddenly have an influx of people who actually want to live here?

Scots Have Never Welcomed the English

Scots are supposed to be anti-English xenophobes; narrow, inward-looking chauvinists who think if you weren’t born in Scotland, then you’re not Scottish at all – especially if you’re English, like in that documentary, White Settlers.

At no point in Scottish history have the English ever been welcome in Scotland. No Scottish dynastic marriages have ever taken place; no Scots have ever owned estates in England, or vice versa; no Scottish king ever supported the English against their own despotic king; certainly Scotland cannot claim partial descent from an earlier Anglo-Saxon kingdom and its successor whose legacy can be seen to this day. This is because, after all, Scotland and England have constantly been in a state of war, and that if it wasn’t for the union, Scotland would undoubtedly have been conquered by England. We don’t need constant reminders of our own inferiority, which is manifested in the English people themselves.

The English Would Overrun the Highlands 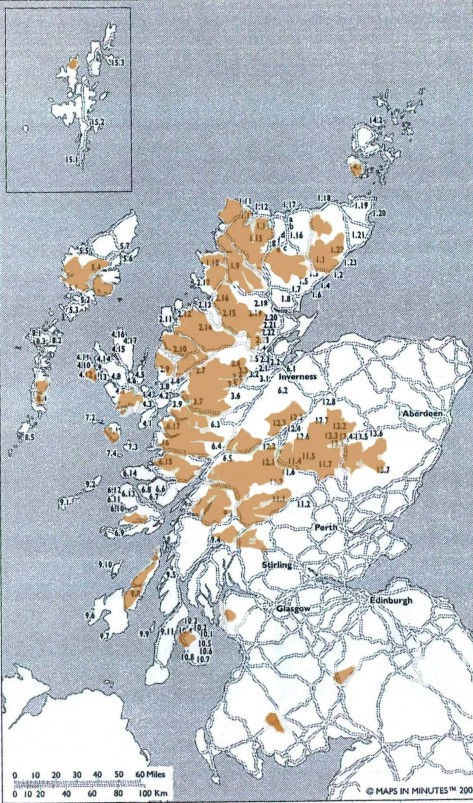 We’d need a place to put all these Sassenachs. Glasgow & Edinburgh are pretty full, as is most of the Central Belt. Yet how could we break the solace and sanctity of the Cairngorms, the Cuillin, the Galloway Hills, the Glenkens, the Tweedsmuir – or the Highlands?

Imagine: those desolate, empty Highlands, full of the quiet ruins of once-thriving communities, a true wilderness of peace, would suddenly be overrun with people again. Achanlochy, Arichonan, Badbea, Bernera, Boreraig, Crackaig, Craig Navar, Easter Turrerich, Glen Banchor, Glen Quaich, Morvern, Rosal, Shiaba, Stiomrabhaigh, Strathnaver – no longer old stones, but alive and bustling with human activity. The legacy of the likes of the Duke of Sutherland, who did so much to cleanse the highlands of diseased and inferior foreign savages, would be utterly undone. And what proud Scot could possibly want that?

The English Would Make Us A Minority In Our Own Nation 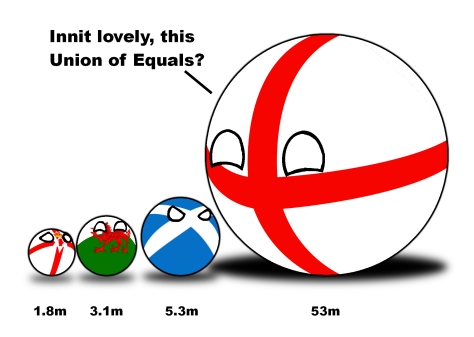 If the poll reflects the most extreme possibility, then Scotland’s population could more than double – meaning that Scots born in Scotland would be outnumbered. Imagine: English people having a bigger say in Scottish matters than Scots; English accents and English idioms all over our streets and TV screens; English ideas and culture and philosophies being promoted over Scottish ones. Could you imagine such a thing.

Is that really any better than the current situation, where English people who don’t live in Scotland make decisions about Scotland, frequently against the democratically expressed wishes of the people of Scotland and their elected representatives; where voices from England dominate Scotland’s media from outside Scotland, & frequently outside England too; where England’s interests must always, logically, override Scotland’s interests simply due to population?

I cannot imagine living in a Scotland full of English people. Not people like Math Campbell, founder of English Scots For Yes, who has the plummiest accent you could imagine, yet served as an SNP Councillor in Inverclyde & continues to campaign for Scottish independence. Not folk like Tasmina Ahmed-Sheikh, Robert Bontine Cunningham-Graham, Nigel Don, Christine Grahame, Ian McKee, Ellen McMaster, Stuart McMillan, Angus Robertson, Shona Robison, Mike Russell, or any of the other SNP elected representatives born in England past and present who campaign for Scotland’s interests, whether they identify as Scottish, English Scots, or English people in Scotland. Certainly not folk like Aamer Anwar, Eric Branse-Instone, Simone Charlesworth, Andrew Chevis, Angela Jariwala, Jonathan Kiehlmann, James Loxley, James McKean, Peter MacKenzie, Claire Robertson, Julia Thomson, Sylvina Tilbury, or the late, lamented Christopher Neill, who all crossed the Solway-Tweed line into our nation & decided to honour us by staying.

Surely, it’s ludicrous to imagine that English people in Scotland will vote, like Scots, in what they think are the best interests for Scotland; Scotland being the place they now live; the English people in Scotland being people who share our side of the island. What do you think, that the people best suited to decide a country’s future are the people who live in that country? That it doesn’t matter where you were born, but where we were going as a country? “If you’re here, you’re ours”? Nonsense. Who ever heard of a thing like that?

You get the idea.

I was being deliberately provocative with this post, because I know a great deal of Scottish folk would be concerned about circumstances like this, and for entirely legitimate reasons. There are real logistical issues we need to deal with in the event of a massive influx of New Scots, from England or elsewhere – issues that we must address if we’re to survive as a nation that’s had to deal with population depletion and stagnation for decades, even centuries. Considering the dominance of England in the UK already, how many people must think that millions of English folk coming to Scotland will just be more of the same? What would be the point of Scottish Independence if we’re just going to end up being “another English colony?”

The difference which changes everything is that the people of Scotland – all the people of Scotland – will decide what we do. We could repopulate the Highlands and Islands, if that’s what we felt was best, or we could develop existing villages to house newcomers and returning expatriates. That’s the beauty of immigration to Scotland being decided by the government elected by the people of Scotland. Similarly, the English could be as English or as Scottish as they please, just as Africans, Americans, Australians, Europeans, Indians, Irish, Polish, Pakistanis, or any other folk could be as Scottish or not as they like: simply offering the choice, rather than enforcing assimilation, makes it more likely for others to feel comfortable enough to consider being Scottish. Being Scottish is pretty darn infectious, after all.

16 thoughts on “The English Invasion”