Picture a boat in a harbour. Let’s call her the Scotia. She can be any kind of boat you like: a proud Birlinn, a swift Sgoth Niseach, a stout Gabbart, a bonny Clyde Puffer, a dainty Fifie. The boat is old and well-travelled, though she has not been on a voyage for a very long time. Yet she still floats; her hull is solid and sturdy; the deck and gunwales clear and well-maintained; cargo manifest up-to-date, even her paint still vibrant. Like the Ship of Theseus, she has been built and rebuilt countless times, yet retains the shape and spirit since she was launched. She boasts a dedicated, enthusiastic crew, of many talents and experiences, ready for any and all challenges. People the world over look to this boat as a truly exemplary craft – one that passenger, crewman, and officer alike would be honoured to board & serve. 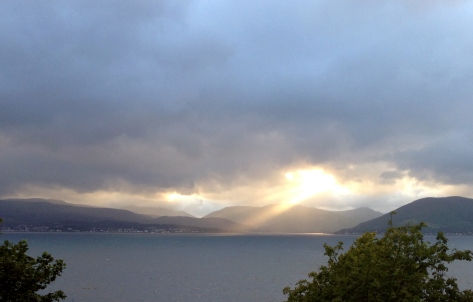 Oh, the Scotia can still sail, of course – just as long as she stays in the sheltered harbour waters, and never ventures beyond. The Harbourmaster allows a great deal of freedom to the Scotia: she can sail all around the quarter-mile bay, down to the jetty, even up to the sea walls. She is provided with the supplies & cargo the Harbourmaster deems appropriate, in exchange for the fair docking fee. Harbour dues don’t pay themselves, after all. And, naturally, while the crew may undertake whatever endeavour they please – within reason – the ultimate authority over all boats in the harbour resides in the Harbourmaster’s House.

Most of the Scotia’s crew agree that she is a capable vessel who could sail the seven seas as well as any other boat her size and calibre, save a handful of dour, thrawn balloons who consider her uniquely incapable. Yet there are others who think that just because she could go to sea, that does not mean that she should. After all, the sea is a terribly uncertain, unpredictable place: what would happen if the Scotia was caught in a squall? Who would protect her if she crossed a pirates’ path? How could she escape the clutches of Scylla & Charybdis, or elude the dreaded Kraken? In the harbour, we have the Harbourmaster to keep us safe, and the patronage of the much larger ship Anglia to drive away those dangers & aid us in our time of need. 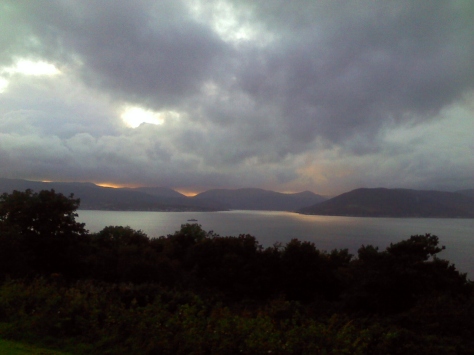 For as long as the Scotia is moored in the harbour, the decisions of the Harbourmaster will define its destiny. So when the crew of the Anglia and Cambria petitioned for the Harbourmaster to leave the alliance of harbours, then it was decreed all ships in the harbour would leave the alliance’s protection – even the Scotia, Boreal Hibernia, & Calpe, which all elected to stay. The crew of the Anglia outnumbered all the others, and so decided their fate. A storm of the Harbour’s own making was coming.

Time was, the harbour was safe, and Scotia’s crew felt she was safe – many still do. There are those who, even now, prefer to remain moored in a harbour about to be struck by a cyclone, than even consider leaving, and rejoining the maritime alliance which would always welcome them back. After all, even being trapped in a storm at harbour is surely preferable to being all alone out on the open sea? But sailing is precisely what ships are made for. They are not designed to stay safe and sound in a controlled, “safe” environment – for as strong and stable as a harbour may be, nothing lasts forever – not even harbours.

There will come a point, very soon, when the crew of the Scotia will decide once more whether the time has come to set sail – to see just what ships are for.

6 thoughts on “What Ships Are Built For”