Mike Russell: I am sure that Mr Findlay is delighted by the Tory cheers. That proves the point. There is a basic difference between Mr Findlay and me in our understanding of nation and nationhood. I understand that the people of Scotland are sovereign; they have the right to be sovereign, and they should be heard.

So spaketh Neil Findlay & Mike Russell in the Scottish parliament yesterday. By that same logic, “we” voted for the current UK Government in 2015. After all, we participated in the vote as members of the United Kingdom. The United Kingdom voted for David Cameron’s party, and we were part of the United Kingdom. Since the United Kingdom is an incorporating union, we do not vote as we do in the EU, where each nation has proportionate representation – we vote in the knowledge that we have a neighbour with over ten times more MPs than we do. We vote as One Nation, not four – though in practicality, it really is one of those four nations which decides for the other three.

Is that not how it works, Mr Findlay?

The problem is, Mr Findlay’s party didn’t seem to get the memo. 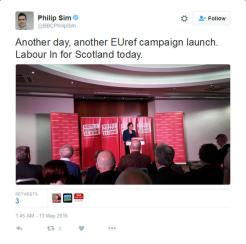 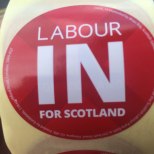 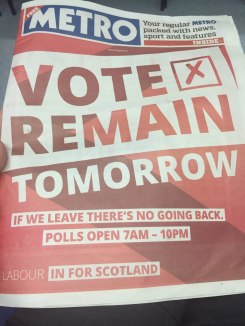 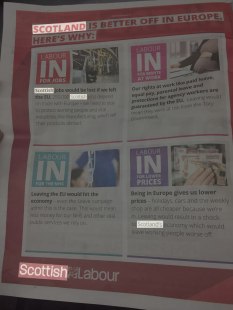 Now you tell me: does that look like the party in Scotland is campaigning for a UK-wide vote, or is it specifically targeting Scottish voters? “I’m voting in for Scotland.” “Scotland’s better off in Europe.” “Scottish jobs,” “the Scottish economy,” “Scottish universities,” “Scottish households,” “Scottish farmers.” For all the emphasis after the vote that this was indeed a UK-wide vote, where we were voting as UK voters, here we have leaflets explicitly asking voters to vote Remain “for Scotland.”* There is already a campaign asking the electorate to vote “In for Britain“: why bother with one for Scotland?

But it wasn’t just Mr Findlay’s party who did this – Stronger In, the official Remain campaign for the UK, had their own Scottish branch – Scotland Stronger In Europe. 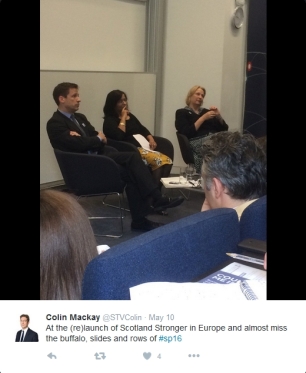 That goes for the Scottish Vote Leave Campaign too, as it happens: 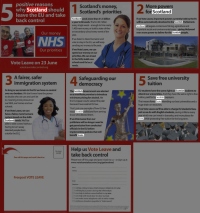 So. Both the Remain and the Leave campaigns targeted Scottish voters by appealing to them to vote for Scotland’s interests – sometimes even altering leaflets designed for “British” voters to include references to Scotland. The campaigns include Scotland in their names, they use Scottish statistics in their leaflets, they quote Scottish politicians, they include maps of Scotland – it’s wall to wall Scotland, with maybe a few references to the UK and Britain. You could argue that this is nothing new: elections and referendums do have a local dimension. Perhaps this simply reflects that.

Case in point: the “In for Highland” campaign talks about the Highlands and “the North,” but uses the “In for Britain” website. It doesn’t mention Scotland anywhere. Highlanders are weird.

Yet in that case, why set up In For Scotland, Scotland Stronger In Europe, and Scottish Vote Leave at all, if you aren’t also going to do it for England?

When the SNP, Greens, and other pro-independence parties campaign in Scotland, there is no dissonance when they campaign from a purely Scottish perspective. But when pro-British parties do so, they must balance the idea that they are appealing to the Scots as a nation, culture, and people, while also acknowledging that their votes could be completely overwhelmed by even a tiny majority of another nation’s voters.

Before the referendum, all parties, on both sides of the campaign, pleaded with Scots to vote “for Scotland.” Vote Remain, so Scots could continue to enjoy the benefits of EU funding, law, trade, travel and security. Or Vote Leave, so Scots could take back control, regain the money we sent to Brussels, and have powers over fisheries returned to the Scottish Parliament. Whatever way you voted, both campaigns agreed on one thing – that Scotland was central. Now the referendum has passed, and suddenly all those fine words about voting for Scotland are now irrelevant. “This is a UK vote; it is for the UK as a whole to decide. You weren’t voting for Scotland – you were voting for Britain. Voting for Scotland? Who put that crazy idea into your heads?”

That the pro-British parties in both the victorious Leave and defeated Remain camps are adamant that the people of Scotland should accept the mandate of the people of England rather than their very own – even as those same parties actively pursue ways to overturn that mandate – is proof that independence votes being “once in a lifetime” is a notion fit only for mayflies. By playing so fast and loose with Scotland in name and actuality, the champions of Britain have only themselves to blame.

(Special thanks to Rob Thomson for inspiring this post.)

*Wales, too, had its own “In for Wales” campaign – but curiously I can’t find any sign of “In for England.” Now why could that be?

5 thoughts on ““Scotland? What is this Scotland?””