Things are heating up quite a bit. Even though every poll so far has shown the SNP well in the lead in both constituency and list, there hasn’t been a shortage of attacks, smears, subterfuge and downright wackiness. Things are no different on a local level here in Greenock & Inverclyde SNP Branch & Constituency, which is only to be expected when a branch grows a whole level of magnitude from over a hundred to over a thousand within the space of a few weeks, and remains well over the thousand mark over a year later.

The difference is we’re used to it. We’ve been the target of all manner of things throughout the referendum and General Election campaigns – and that’s just the newcomers. Our longtime members remember campaigning when voting for the SNP was viewed as no more use than voting for the Monster Raving Loony Party – and at least Screaming Lord Sutch wasn’t compared to history’s worst fascists and dictators.

What drives us? What keeps us going, even when poll after poll shows an SNP victory of some sort is all but assured? It’s simple: we haven’t won yet. Even with the elation of that epoch-defining General Election victory, there was still that cold feeling that it still meant we had some distance to go – for we weren’t independent yet. Even in the event the SNP achieve this unprecedented third term in the reconvened Scottish Parliament, even if we win every single constituency, even if we achieve a majority share of votes and seats we couldn’t have dreamed of… we still haven’t won what we really want.

That’s what keeps me going. That’s why our activists and campaigners keep going – because the job isn’t done yet. Some call the SNP’s proposals on several subjects timid, lacking in boldness, over-cautious. Taken in isolation, perhaps I’d agree. But this isn’t in isolation. This is a party which all the UK parties are united in opposition against, and will do everything in their power to stop them. Regardless of Willie Rennie and Kezia Dugdale’s assurances that their candidates or members can support independence if they wish, we saw what happened during the referendum: both groups were marginalised, and the most prominent pro-independence MSP from Ms Dugdale’s party has been rewarded with a very low place on the list. It’s all talk from them.

Both votes SNP, because I believe in independence, and I’m not playing games. 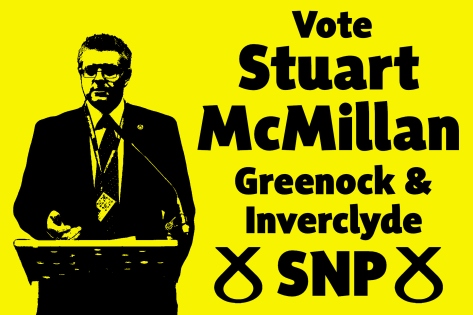