The day we could have done it: the day the people of Scotland could finally put their money where their mouths were, and be a nation again.

That hasn’t changed. We can be a nation again, for one simple reason: it proved, once and for all, that the people of Scotland can come out and choose their destiny. The turnout for the referendum was the highest UK vote since the introduction of universal suffrage. The following General Election saw a significantly higher turnout than previous years.

David Cameron has ruled out another referendum. Jeremy Corbyn said another referendum wouldn’t be credible. The Unionist parties incessantly bray about “Once in a lifetime” “promises,” “No means No,” the “Settled Will of the Scottish people,” “Move on.”

You think it’s that easy? 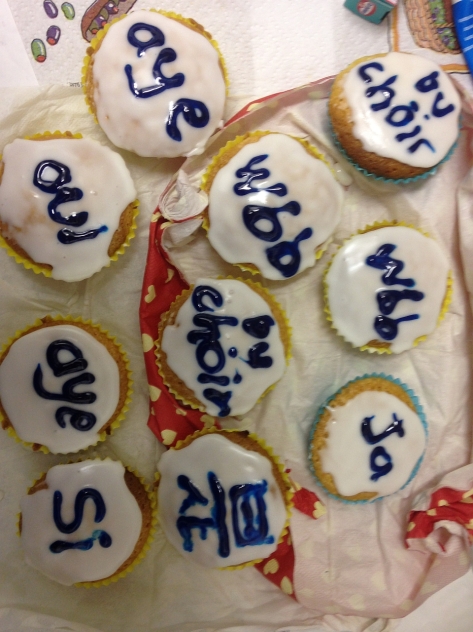 The 18th of September’s official referendum result saw 1,617,989 Scots say Yes, and had that statement acknowledged by the Electoral Commission. There are thousands more who wanted to have their choice recorded, but were rejected by the commission, or turned away at the polling station. There are thousands of politically-engaged teenagers who desperately wanted to vote Yes, but were too young to vote at the time. And there were thousands of Scots who did not vote either way – which meant, logically, that they would have accepted independence as much as remaining in the UK.

“Get over it. You lost. Stop dividing the country. This is the Settled Will of the Scottish People. No means No. Move on.” You mean the 1,617,989 who said Yes should just give up, because 400,000 more said No? You think a million and a half people are just going to forget about it?

Here’s an idea: how about you move on. Winning a referendum doesn’t mean silencing dissent forever. You don’t get to shut us up, any more than we would get to shut you up if the result was Yes. Remember that the SNP fought to make sure you could say No in the first place – New Labour, the Neoliberal Democrats, and the Conservatives all fought to deny you that democratic right to assert your place in the union. If they had their way, there would be no referendum at all – and thus, you wouldn’t have the privilege of saying “No means No.” The SNP did more to make your voices heard than any of the Westminster parties were willing to grant without duress, and the confidence of an easy victory.

The truth is that we have moved on. We’re looking to the next referendum, not the last. All your arguments about currency, oil, the EU? They’re last year’s game. You’re the ones obsessing over last year’s poll, not us. “Once in a lifetime?” Alex Salmond doesn’t get to decide. Nicola Sturgeon doesn’t either. No politician does. That’s another difference between the pro-independence movement and the Unionist parties – the people decide, not the politicians. And most polls say that most people of Scotland do believe there should be another referendum at some point – some even saying the next 10 years.

This was after nearly every newspaper either openly advocated the UK, or was heavily biased in its favour. This was after the BBC – a corporation which was a member of an organisation that donated to the Better Together campaign, which said that it didn’t need to be impartial, which to this day continues its campaign of right-wing apologism – broadcast UK propaganda relentlessly for two years. This was after dozens of businesses, world leaders, celebrities, and people in power pleaded with the people of Scotland to stay in the UK.

In 2013, support for independence was 32%-38%. The official poll in 2014 was 44.7%. Right now, while polls seem to be steadying, every one has shown an increase in support for independence compared to the referendum – some showing an outright majority – and that’s after Yes Scotland closed down while the media continued Project Fear unabated. If support continues to rise at this rate, then by 2016 we could well see 51.3%-57.4% support. But we won’t get there unless we get back in the race.

I think back to that day. I still feel nothing but optimism, hope, and pride. Optimism that the people of Scotland would vote Yes. Hope that we would overcome the machinations of the British Establishment. And pride, because I knew whatever way people were voting as they walked into the polling stations, they were exercising their democracy in then-unprecedented numbers. Knowing that just – just – over half of those whose votes were officially counted voted No doesn’t dull that pride, for I know that nearly as many voted Yes. And I know from everything I’ve learned since that Yes Inverclyde succeeded.

How can I say such a thing? Do you want to know how I could possibly know that? Because I know for a fact that hundreds of people who applied to vote were rejected. Their details were wrong; they wrote slightly outside the box; they mixed up their numbers. Even more failed to turn up – they were in hospital, they were indisposed, they slept in. Dozens upon dozens of people came up to me and others in the Yes shop in tears, in rage, in confusion. They relied on us – on me – to make sure they got to vote. And all I could do was rage along with them. An entire family were denied a vote, and cried all through the 18th last year knowing they couldn’t take part in this incredible moment in Scotland’s history. I don’t have to tell you what way they were planning on voting. Do No campaigners have any stories like that? Did they have hundreds of people who wanted to vote No turning up outraged at Better Together Inverclyde? Better Together didn’t even have a shop in Inverclyde.

86 votes were the difference between Yes and No in the official result in Inverclyde. Hundreds of people came into the Yes shop to register, only to be rejected. That, readers, is why I can say Inverclyde Said Yes.

The optimism, the hope, the pride. I will never let go of that feeling. I will live every day with the optimism that we were going to do it – because I know in Inverclyde, we already got there. Not enough for the official result. Not enough for the record books. But enough to know that next time would be a very different story. Yes Inverclyde succeeded beyond our wildest dreams. If we can do it, all of Scotland can.

One thought on “Never Forget That Feeling”